This product, the CostGard™ Condensate Drain Seal, was developed specifically to replace the failure-prone p-trap commonly used on draw-through HVAC systems. Unlike the p-trap, it uses air to form the drain seal instead of water. Thus, eliminating all the destructive water damaging and health threatening conditions caused by failed p-traps, including all those identified by ASHRAE Standard 62-89R, paragraph 5.6.4, which reads as follows:

"Condensate traps exhibit many failure modes that can impact on indoor air quality. Trap failures due to freeze-up, drying out, breakage, blockage, and/or improper installation can compromise the seal against air ingestion through the condensate drain line. Traps with insufficient height between the inlet and outlet on draw-through systems can cause the drain to back-up when the fan is on, possibly causing drain pan overflow or water droplet carryover into the duct system. The resulting moist surfaces can become sources of biological contamination. Seasonal variations, such as very dry or cold weather, may adversely affect trap operation and condensate removal."

Tens of thousands of CostGard™ Condensate Drain Seal units are now in operation in every state in the United States plus Puerto Rico and the District of Columbia. Many have been in operation more than 20 years. Not one has failed to operate properly.

The CostGard™ Condensate Drain Seal is the result of over four years of engineering research and development. It makes use of the hydraulic and pneumatic forces present in all draw-through air handlers. It is simple, effective and reliable. It has no moving parts. How it operates is illustrated in Figure 1. 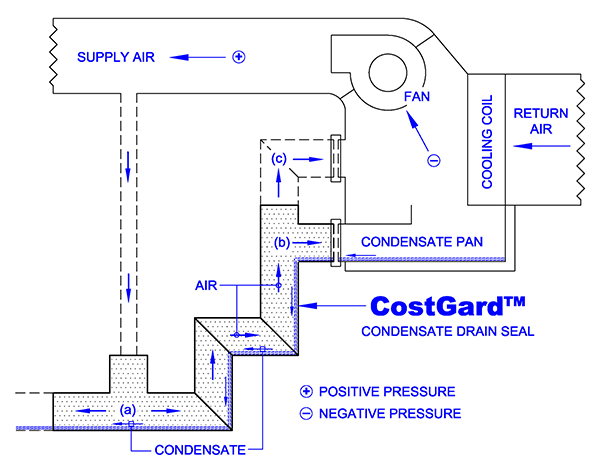 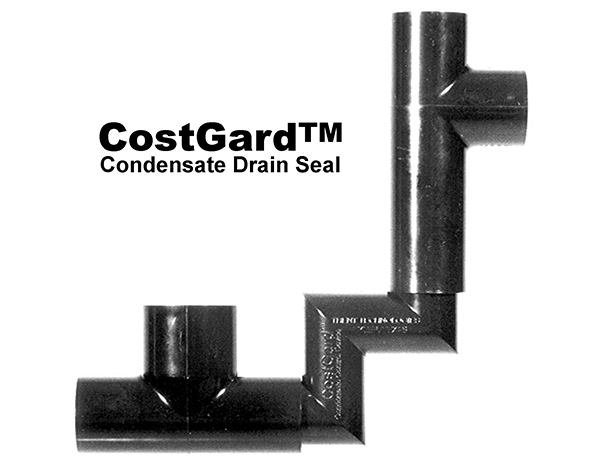 During both heating and cooling operations, the air seal is formed as follows: Fresh air from the fan discharge is supplied to point (a) at a pressure slightly above atmospheric. Some of the air flows away from the HVAC unit; thus, preventing ingestion of outside air. A portion of the air returns to the HVAC unit, passing through points (b) and (c). The quantity of air returning to the unit is minimized by the high-pressure loss in the mitered elbows. This pressure loss plus the air flowing through the bypass connected at point (c) ensures that the air entering the condensate drain pan does not produce blowing and geysering and an aerosol mist. Condensate flows through the device without being trapped. At the same time, the counter-flow of condensate and air creates a pulsing action that ensures free passage of debris. Hence, the potential for freeze-up and flow blockage—common problems with traps—is nil.

Advantages Over A Trap

When used in place of a p-trap, the CostGard™ Condensate Drain Seal offers building owners and managers a number of benefits in terms of operating cost and indoor air quality, including the following: 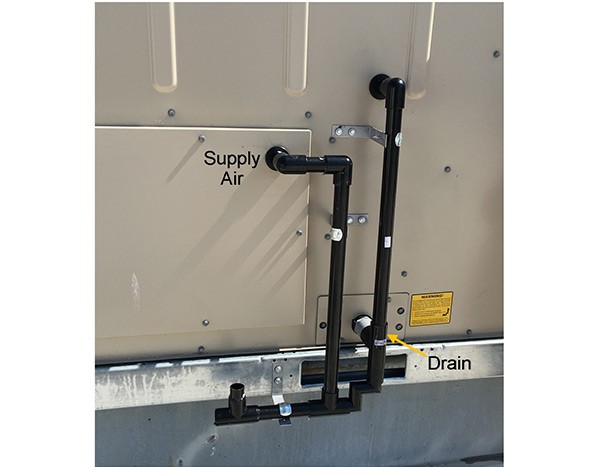 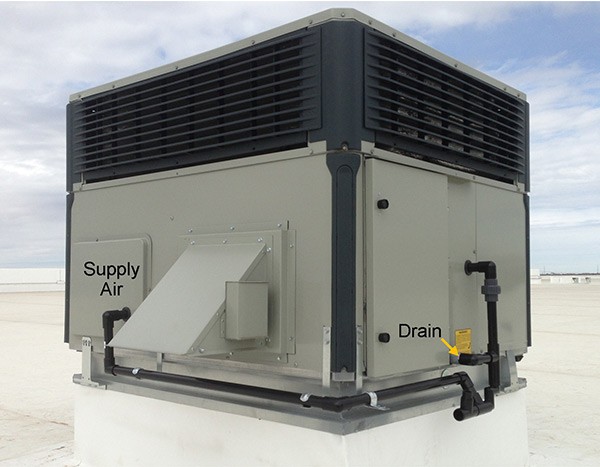 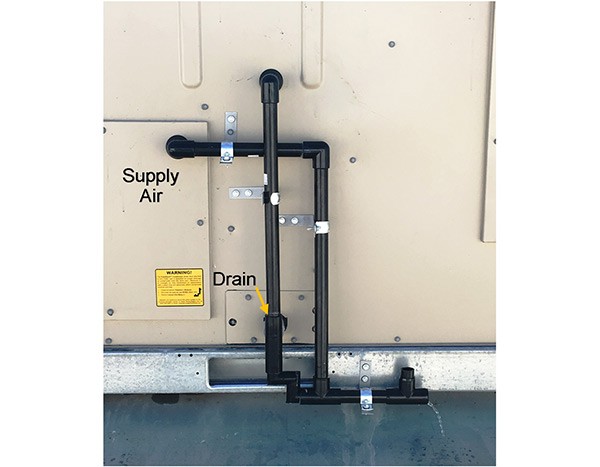 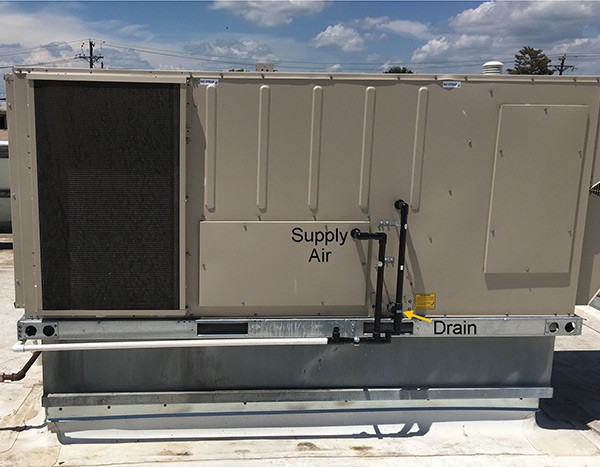 For pricing information and to learn how Trent Technologies, Inc. can help your company, contact us online or by phone.